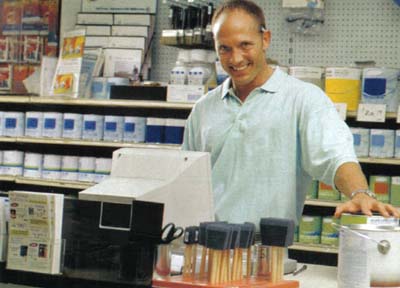 The Commercial General Liability Policy provides the insurance protection needed to pay damages for bodily injury or property damages for which the insured is legally responsible. The policy provides coverage for liability arising from personal injury and advertising injury. Coverage for medical expense is also provided. The policy also covers accidents occurring on the premises or away from the premises. Coverage is provided for injury or damages arising out of goods or products made or sold by the named insured. The insured is the named insured and the employees of the named insured. However, several individuals and organizations, other than the named insured, may be covered, depending upon certain circumstances specified in the policy. In addition to the limits, the policy provides supplemental payments for attorney fees, court costs and other expenses associated with a claim or the defense of a liability suit.

There are two commercial general liability coverage forms available, the occurrence form and the claims-made form. Both forms are somewhat identical in the coverage's offered. The main difference is in the way claims are handled under the two forms. The occurrence form covers bodily injury or property damage claims that occur during the policy term, regardless of when the claim is reported. The claims-made policy form only covers claims made against the insured during the policy term. A claim made after the policy expires is not covered by a claims-made policy unless the claim is covered by an extended reporting period. The claims-made policy will only have the extended reporting period. The following terms reflect both forms.

Products/Completed Operations
Products coverage is provided for damages arising out of products manufactured, sold, handled or distributed by the insured. Completed Operations covers damages occurring after operations have been completed or abandoned, or after an item is installed or built and released for it's intended purpose.

Medical Expense Limit
Medical payments coverage pays medical expenses resulting from bodily injury caused by an accident on premises owned or rented by the insured, or locations next to such property, or when caused by the insured's operations. These payments are made without regard to the liability of the insured.

Personal Injury
Personal Injury means injury other than bodily injury. Coverage is provided for injury resulting from offenses such as false arrest, malicious prosecution, detention or imprisonment, the wrongful entry into, wrongful eviction from and other acts of invasion, or rights of private occupancy of a room. Coverage for libel and slander is also provided in the policy.

Each Occurrence
Each occurrence is considered to be an accident, which could include continuous or repeated exposure to the same harmful conditions. An occurrence can also be a sudden event, or a result of a long term series of events.

Whether you are seeking a free comparative no-obligation quotation or an in depth assessment of a report on your insurance needs, complete the inquiry form, speak to one of our business & commercial insurance experts
954-742-0550 / 954-742-0550 or request a free call back today.

At All Your Needs Insurance, we represent some of the most esteemed insurance companies in the nation. We offer a variety of options to meet your insurance needs, whether it’s coverage for your home, vehicle, business, etc. We will place your coverage with an "A" rated company at the best available rates